BLACK FRIDAY SALE | UP TO 40% OFF | Shop Now
*While supplies last. Exclusions apply.

Due to increased volume and the impact of COVID-19, we are experiencing delays in processing and shipping.

Thank you for your patience as we fulfill orders as quickly and safely as possible.

Executive protection or close protection (as stated by Wikipedia) is a job that involves tactical skill and most of all, social skill. Understanding crowd dynamics and how to mitigate any chance of threats takes hard work and constant learning. We talked with CEO and security lead at Bravo Research Group, Byron Rodgers, to learn more about this profession and how he is always working to better serve his clients and ready the next generation of protection professionals.

What inspired you to enter into the world of executive protection and private security?

As I was getting out of the Marine Corps Infantry, I felt like my options were limited and I didn’t know what I was going to do. As I considered my options upon exiting the Marine Corps and the only two I saw as realistic outcomes were joining the police force or contracting overseas. I was definitely interested in joining the police force and I was also interested in contracting but wasn’t all that excited about hitting the reset button on the life I was trying to create outside of the Marines which is generally the outcome if you go on a deployment. I ended up working as a bouncer at a local Tavern during this transition period.

Three months later I was helping close the bar and there were two gentlemen watching me, Luke Agajanian being one of them. I had to ask them to leave the bar and go home because it was the end of the night and so I respectfully, courteously and professionally engaged them. As I got close Luke looks directly at me and said to his friend, “why don’t you just have him do it?” After that, he looked at me and said, “would you like me to show you how to make a lot more money doing what you’re doing?” I said, “yes sir.” Then he told me what permits to get and to give him a call back in two weeks once I started the processes.

Fast-forward a few weeks later I was doing my first job interview for one of the biggest international details out of the United States from the back of a Bentley in Beverly Hills at the age of 21. In the first few years, we covered well over three dozen countries and my experience in the security game skyrocketed. It was like learning to drink out of a firehose, definitely baptism by fire and it’s only by God’s grace that I simply wasn’t destroyed by the demand growth, freedom/responsibilities placed on me at such a young age.  I really didn’t know much about this game until I was playing it. These days I get asked on almost a daily basis how to get into executive protection and so on my podcast EXECUTIVE PROTECTION LIFESTYLE Luke and I recorded“ Getting Into The Game of Protection,” its episode two for those of you who are wondering and it’s one of my most listened to, downloaded and appreciated episodes to this day. 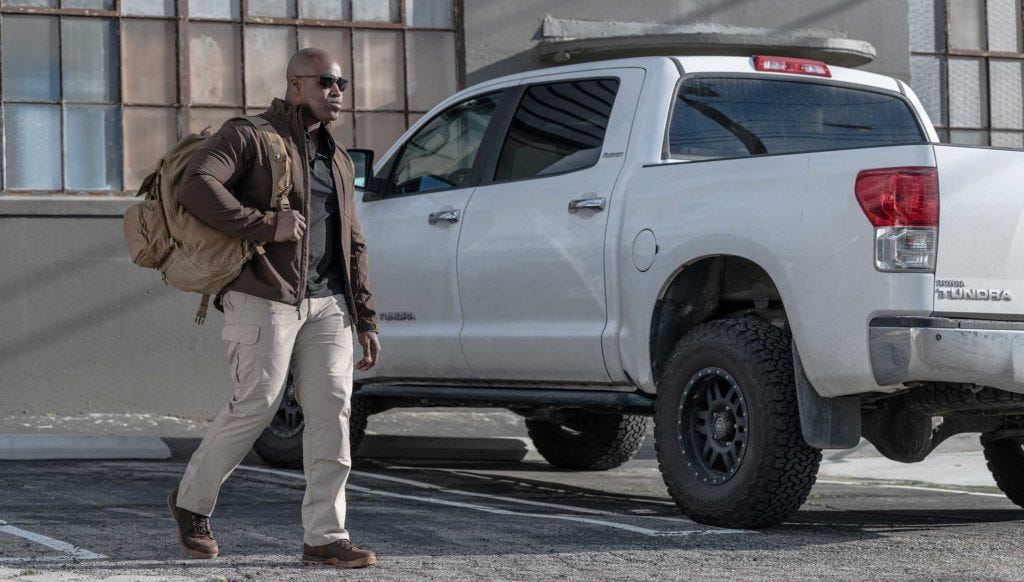 What are some misconceptions associated with a career in protective services?

The tactical nature of the job:  Your sub-second draw will probably never matter because while the hard skills may keep you alive, the soft skills keep you in the game and get you paid on a daily basis. If you have to use the hard skills than you probably failed somewhere within the realm of soft skills. This job is not tactical like many people think when they get into the game of protection. In reality, weapons and combat tactics are an absolute last resort. Executive protection is a thinking man’s game. The tactics that keep you alive have more to do with planning and social dynamics than anything else. Yes, it helps to be strong for the worst possible scenarios and outcomes and there is a vanity to this game as well but the people who excel are the ones that know how and when to be tactical in the right ways.

The coolness:  This job is very cool sometimes. I’ve seen the world multiple times, I’ve seen backpacks and briefcases and rooms full of more cash money then you would believe.  I’ve lived backstage, on private jets and in the best hotels that the world has to offer. I’ve been given gifts, and privy to conversations and have seen things that require a certain level of discretion, clearance, and professionalism that has destroyed many other agents. I’ve been in some of the most magnificent, beautiful and serene places but also some of the grimiest, ugliest and seediest places. In order to win this protection game, it cannot be about you as an individual, it must be about your clients.

It’s not just about security: This job is security-centric and your primary mission is to keep the client safe however it is also true that you will probably be required to contribute in more ways than simply just physical security. Ideally, you will be allowed simply to focus on your security responsibilities but realistically and especially in the private sector, you will probably find yourself doing a full gamut of family-related tasks. If you take yourself too seriously and are too hard-core, you will snap because rigidity in this game is simply dangerous.

Humility:  People think that once they get this job, they have arrived and they are the man. I go to work every single day knowing that I could make a mistake that could get me fired. I step onto a security detail the same way I stepped off for a mission in Iraq every single time. The reality simply is that if you’re lucky enough to get on a close protection detail, the game has just begun for you and that you are stepping into a social minefield that many agents simply do not have the social intelligence to survive in for very long. Remain humble, receptive and evolve with the client.

It’s a job: The truth is simply that executive protection is a service related job and many professionals who get involved want to think that it’s something else and if your ego is not flexible enough to make serving your client your number one priority, you will fail at this work.   If this is going to be your primary vocation, you must sharpen your mind to see the world through the eyes of a protector, you must develop and maintain a body that makes you a formidable protector and you must keep your instincts sharp enough not to miss anything.

For someone looking to work in executive protection what are some important tips or advice you feel is very important?